This article discusses a new iOS beta feature that allows you to unlock your iPhone using Face ID and an Apple Watch connected together, even if you’re wearing a face mask. Continue reading to find out how it works.

With the release of the iPhone X in November 2017, Apple launched its Face ID face recognition technology, which provides customers with an even easier way to unlock their phone than standard fingerprint recognition.

Apple’s biometric function has been hampered as a result of the now-ubiquitous use of face masks, forcing many users to input their passcode to unlock their smartphone in public places.

Fortunately, Apple has responded to this shift in our daily lives by releasing a new function that lets iPhone users who are wearing an Apple Watch to unlock their phone using Facial ID using a partial face scan while wearing a mask.

The procedure is identical to that used to unlock a Mac using an Apple Watch. When the user unlocks their Apple Watch, they will hear a haptic buzz and receive a notice on their Apple Watch indicating that the operation was completed. Keep in mind, though, that you can only use your Apple Watch to unlock your iPhone while wearing a mask – it won’t work for Apple Pay or App Store purchases.

You’ll need to make sure you’re running either a developer beta or the public betas of iOS 14.5 and watchOS 7.4 before you can use the new functionality. You’ll need the iPhone and Apple Watch profiles from Apple’s beta testing website, and once you’ve installed them, head to Settings -> General -> Software Upgrade on your iPhone to update. Install iOS 14.5 on your iPhone, then open the Watch app on your iPhone, press the My Watch tab at the bottom of the screen, then select General -> Software Update.

What you will need

The iOS 14.5 and watchOS 7.4 upgrades are now available to public beta testers and developers, with a general release scheduled for this spring.

How to set up/ unlock iPhone using Apple watch

How to unlock your iPhone with Apple watch

To use your Apple Watch to unlock your iPhone, it must be close by, on your wrist, unlocked, and password-protected. If you haven’t already done so, open the Watch app on your iPhone, go to Passcode -> Turn Passcode On, and then enter the passcode you wish to use (you’ll have to confirm it twice).

Please Read For Your Knowledge 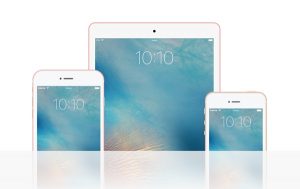